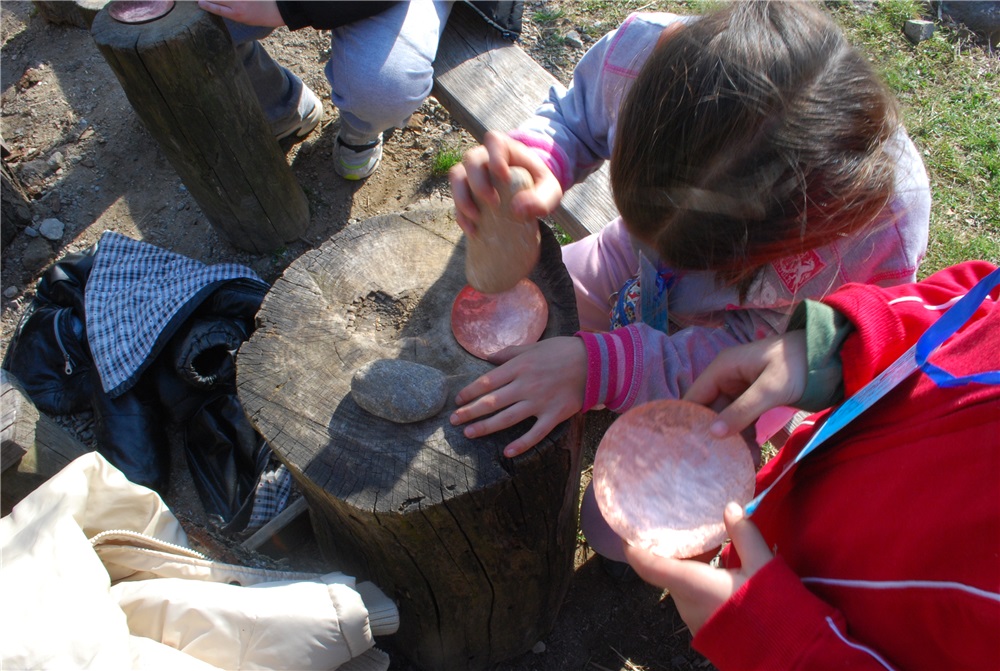 A guided tour of the open air National Park, Museum of Capo di Ponte where we can see the engravings by following a pathway through the rocks from the prehistoric period. This Museum was opened to the public in 1955 and has been part of the world wide group Unesco since 1979. When the glaciers melted a tribe of hunters arrived, called the Camuni who started to depict their lifestyle on hundreds of rocks. These rock engravings were situated in an area which became sacred for them. Today it is possible to take a walk in the past through the various pathways. The didactic laboratories are linked to the working of clay and copper, grinding of cereals and archery