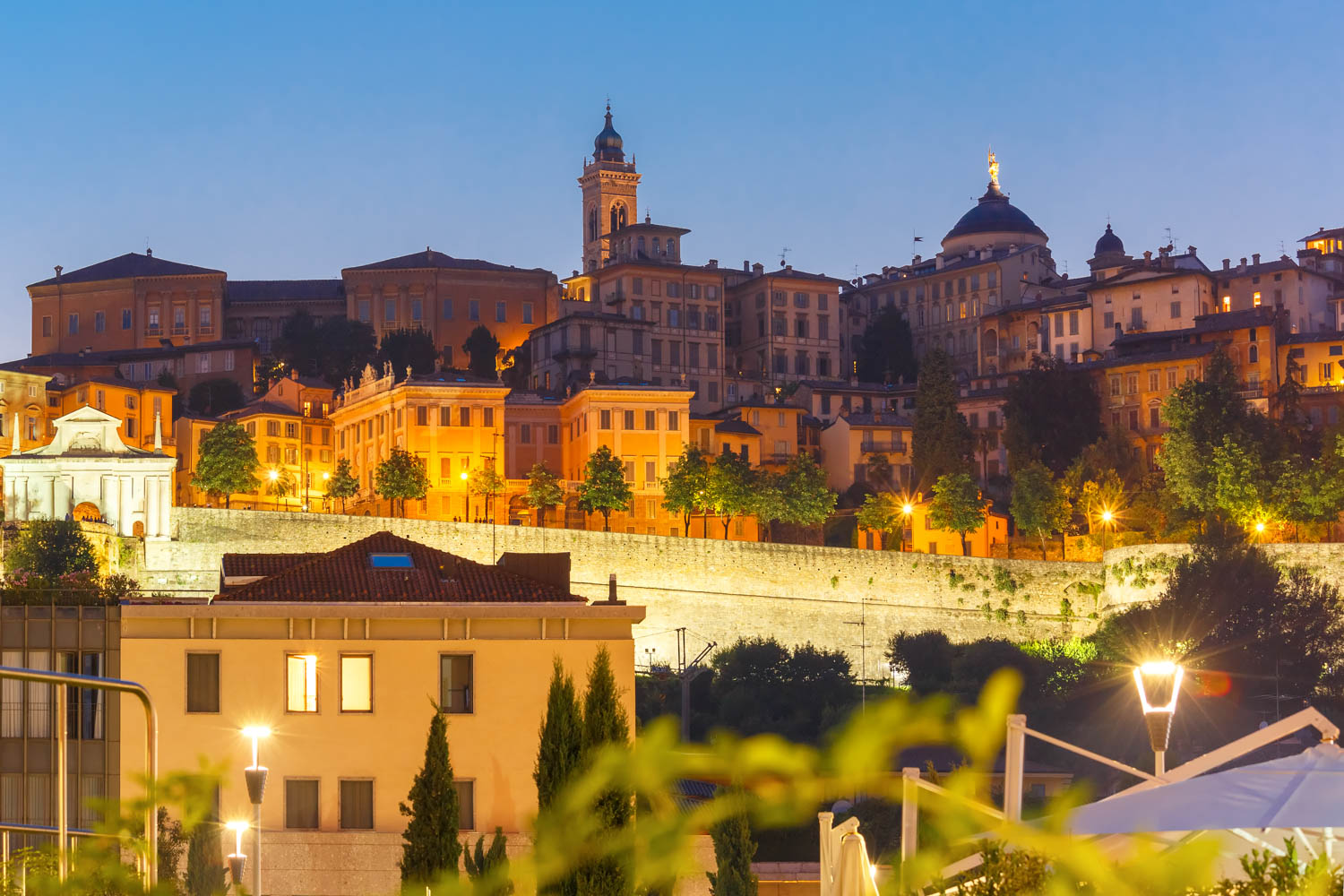 The guided tour of the historical high city of Bergamo which is possible to reach by the funicular which was built in 1886-87 and is 228 metres long. It rises with 83 differences in height along the venetian wall which was built between the 16th and 17th centuries. Today it is a Unesco historical site. The incredible view unfolds passing along the main streets. Along Gombito Street it is possible to see important historic monuments which were built in the medieval and the renaissance period. The cathedral, which is dedicated to St. Andrea, houses some important works of art by Moroni, Gianbattista, Tiepolo, Andrea and Fantoni. The Basilica of St.Mary is a masterpiece built in the baroque and Romanic style. Inside there is the tomb of the musician Donizzetti, some works of art by Capoferri based on designs by Lorenzo Lotto, the confessional by Andrea Fantoni and frescos of the tree of St Bonaventura. The Great Hall Picta contains important frescos dating back to the 12th and 13th centuries. The elegant Colleoni chapel built in the renaissance style with frescos painted by Tiepolo. The library dedicated to Cardinal Angelo Mai who was the director of the Vatican library in the 18th century contains 650.000 books. The Podesta Palace, which was owned by the Soardi family during the Venetian domination, became the headquarters of the politicians called podestà. The St.Croce temple, built in the 6th and 7th centuries, was founded as an essential complex for bishops. The municipal tower is built over the Roman ruins. The Social Theater. The military fortress, which is testimony of the Visconti domination, was built thanks to Bernabò Visconti in 1355. The guided tour finishes on top of the hill by the castle. The building was started by The Count of Luxemburg and the King of Bohemia and completed by Azzone Visconti. The castle has been used as a prison, a refuge and an army barracks.